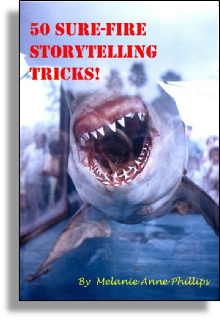 Over the course of the story, your reader/audience has come to know your characters and to feel for them. The story doesn’t end when your characters and their relationships reach a climax. Rather, the reader/audience will want to know the aftermath – how it turned out for each character and each relationship. In addition, the audience needs a little time to say goodbye – to let the character walk off into the sunset or to mourn for them before the story ends.

This is in effect the conclusion, the wrap-up. After everything has happened to your characters, after the final showdown with their respective demons, what are they like? How have they changed? If a character began the story as a skeptic, does it now have faith? If they began the story full of hatred for a mother that abandoned them, have they now made revelations to the effect that she was forced to do this, and now they no longer hate? This is what you have to tell the audience, how their journeys changed them, have the resolved their problems, or not?

And in the end, this constitutes a large part of your story’s message. It is not enough to know if a story ends in success or failure, but also if the characters are better off emotionally or plagued with even greater demons, regardless of whether or not the goal was achieved.

You can show what happens to your characters directly, through a conversation by others about them, or even in a post-script on each that appears after the story is over or in the ending credits of a movie.

How you do this is limited only by your creative inspiration, but make sure you review each character and each relationship and provide at least a minimal dismissal for each.