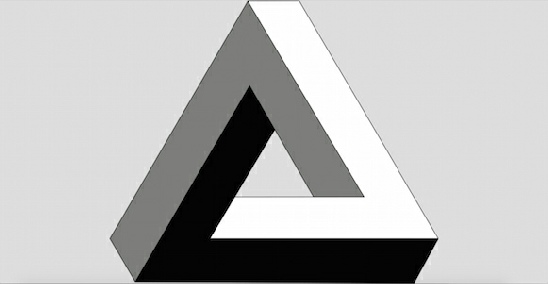 A lot of books about writing describe the importance of a "Love Interest." Other books see a Love Interest as unnecessary and cliché. What does our Dramatica Theory of Narrative say? As with most dramatic concepts, Dramatica pulls away the storytelling to take a clear look at the underlying structure.

A Love Interest has both storytelling and structural components. The storytelling side is what most people think of - A Love Interest is the character with whom the "hero" or "heroine" is in love. Simple! But what does that tell us about the kind of person the Love Interest is, or even what kind of relationship the two have between them? Not a whole lot!

As we can see, the structural and storytelling elements have little to do with one another, other than the fact that there will be some of each. So, what can Dramatica do to help provide some guidelines for developing a Love Interest that works?

Lets start with some basics. Dramatica sees there being two types of characters in every story (and a prize in every box!). The first type contains the Objective Characters such as the Protagonist, Antagonist, Sidekick, or Guardian, who are defined by their dramatic functions.

The Protagonist strives to achieve the goal; the Antagonist tries to prevent that, for example. In and of itself, this aspect of character outlines how the participants line up in regard to the logistic issues of the story. But there is a second side of the dynamics of every story that center on the second type of characters - the Subjective Characters.

The worst thing you can do is to make the Protagonist the Main Character and the Antagonist the Influence Character in the same story. Why? Because then the two "players" in the story are not only diametrically opposed in function regarding the story goal, but are also diametrically opposed in belief systems. As a result, it is difficult for the audience to figure out which of the two arguments between them is being developed at any given moment, and the clarity of the story’s message is muddied and its power diminished.

What's worse, as an author it is easy to get caught up in the momentum of the drama between these two crucial characters so that the author skips steps in the development of one argument because the other argument "carries" it simply by the force of its passion. But, the readers or audience can sense that there are gaps in one or both arguments and therefore they do not buy them.  Both the plot argument between the protagonist and antagonist and the thematic argument between the main character and the influence character must be made completely, especially if the arguments are between just two characters.

One way of avoiding this problem absolutely is to split up the arguments by assigning the Main Character and Protagonist functions to one character and split the Antagonist/Influence Character functions into two separate characters.

And this brings us at last to the Dramatic Triangle and how it is used to create a sound Love Interest relationship.

First, let's assume we assign the Main Character and Protagonist jobs to the same player to create an archetypal hero. Now, this hero (we'll call him Joe) is a race car driver who is vying with the Antagonist for the title of best overall driver of the year. Each race is a new contest between them with their balance so close that it all comes down to the last race of the season.

But there is something troubling Joe's heart - his relationship with Sally. Sally is very supportive of Joe (a Sidekick, in fact) but Joe feels that if he really loves Sally, he should quit racing to avoid the potential of an accident that would leave him dead or crippled and ruin her life. Why does he feel like this? Because his own dad was a racer, whose untimely death on the track left his mother devastated, and ultimately committed to an asylum. (Hey, I never said this example would be creative!)

In any event, Sally doesn't feel that way at all. She would rather see Joe go out in a blaze of glory having done his best than to spend her life with a limp shell. She tries to tell him, but he just won't be convinced. He starts to play it safer and safer as his worries grow (because the closer he gets to the final race, the more it resembles the chain of events that happened to his dad.) Finally, he has lost his edge and his lead and it all comes down to that final event.

Now, realizing that she would never be able to live with Joe if she felt that he lost the title because of her, Sally tells him at the final pit stop that if he doesn't win the race, she is leaving him. Joe must now decide whether he should stick with his approach born from fear of hurting another, or let Sally be her own judge of what is right for her and put the pedal to the metal.

What does he do? Up to you the author. He wins the race and Sally's heart. He hasn't got the courage and loses both race and girl. He loses the race, but Sally realizes how deep his love must be and decides to stay with him. He wins the race, but there is such a dangerous near-fatal crash that Sally realizes Joe was right and leaves him anyway because she discovers she really can't take it after all.

Or, you could have Sally want him to quit and Joe refuses, resulting in four other endings with a more cliché flavor.

If you charted it out, there are two throughlines. Both hinge on Joe, and then they split farther and farther apart to connect to the Antagonist on one and to the Influence Character, Sally on the other. In this way, the events that happen in the growth of each relationship are much easier to see for the audience and much easier to complete for the author, yet they both converge on the "hero" to give him the greatest possible dramatic strength.

Now, you could hinge them both on the Antagonist, as in a James Bond film, and slip the Protagonist from the Influence Character. Look at "Tomorrow Never Dies." The Protagonist is the mad newspaper mogul. The Influence Character is the beautiful Chinese agent (whose function is muddled dramatically by Bond's relationship with the mogul's wife). Bond is Antagonist AND Main Character, but the dramatic triangle is still functional.

Silence of the Lambs: Starling is the Main Character / Antagonist, Jamie Gumm (Buffalo Bill) is the Protagonist (after all, she didn't go looking for a crime and THEN he committed one!) Hannibal is the Influence Character and perhaps a Love Interest of a sort (as described by the director on the Criterion Edition DVD.)

For a different approach, consider Witness: John Book is the Influence Character / Antagonist, the crooked Chief of Police is the Protagonist. Rachel, the Amish Girl is the Love Interest and Main Character. Or is John Book (Harrison Ford) the Love Interest to Rachel? It's hard to tell because John is such an active character that he carries more momentum than Rachel, even though we are positioned in her shoes. The important point is that even if the Protagonist is made to be the Influence Character and the Antagonist and Main Character are split into two different people, the dramatic triangle still exists!

The dramatic triangle is one of the best structural ways to focus attention on one character even while splitting the headline and heartline to make a more pleasing and complete story. It can be used for "buddy" pictures and even used when the heartline isn't between lovers or even likers but between two people who would like to see each other's emotions destroyed by slyly manipulating the other to change his or her beliefs. Think of all those "cheat the devil" stories in which the Main Character/Protagonist is after something and the devil tries to convince the Main Character to sell his soul to get it. Yep, the dramatic triangle at work again!

So, in considering whether or not to have a Love Interest in your story, simply determine whether that would make your storytelling cliché or not. Either way, the dramatic triangle is your means of putting heart into an otherwise logistically mechanical plot.