Yet regardless of whether your Main Character changes or not, how does he or she get to that final disposition? Does your character simply flip a switch at the end of the story? Or does he or she grapple with and grieve over the issue right up to the moment of truth?

In fact, there are a quite a number of different dramatic pathways by which a Main Character can arrive at the end of his or her arc. And the more f them you have in your writer’s bag of tricks, the more dramatic variety you can bring to your characters’ journeys. Let’s look at a few of your options….

This kind of Main Character starts out with a fixed belief about the central personal issue of the story. Act-by-Act, Scene-by-Scene, he gathers more information that leads him to question those pre-held beliefs. His hold on the old attitude gradually weakens until, at the Moment of Truth, he simply steps over to the other side – or not. This kind of character slowly changes until he is not committed to either his original belief or the alternative. It all comes down to which way the wind is blowing when he ultimately must choose one or the other.

A Griever Main Character is also confronted with building evidence that his original belief was in error. But unlike Steady Freddy, this character suffers a growing internal conflict that starts to tear him apart. The Griever feels honor-bound or morally obligated to stick with his old loyalties, yet becomes more and more compelled to jump ship and adopt the new. At the end of the story, he must make a Leap of Faith, choosing either the old or the new, with such a balance created that there is not even a hint as to which way would ultimately be better.

The Weaver Main Character starts out with one belief system, then shifts to adopt the alternative, then shifts back again, and again, and again…. Like a sine wave, he weaves back and forth every time he gathers new information that indicates he is currently in error in his point of view. The intensity of these swings depends upon the magnitude of each bit of new information and the resoluteness of the character.

Unlike the Weaver, the Waffler jumps quickly from one point of view to the other, depending on the situation of the moment. He may be sincere but overly pragmatic, or he may be opportunistic and not hold either view with any real conviction.

There are also two kinds of characters who change, but not really.

This character reaches the critical point of the story and decides that although he will retain his original beliefs, he will make an exception “in this case.” This character would be a Change character if the story is about whether or not he will budge on the particular issue, especially since he has never made an exception before. But, if the story is about whether he has permanently altered his nature, then he would be seen as steadfast, because we know he will never make an exception again. With the Exception Maker, you must be very careful to let the audience know against what standard it should evaluate Change.

Similar to the Exception Maker, the Backslider changes at the critical moment, but then reverses himself and goes right back to his old belief system. In such a story, the character must be said to change, because it is the belief system itself that is being judged by the audience, once the moment of truth is past and the results of picking that system are seen in the dénouement. In effect, the Backslider changes within the confines of the story structure, but then reverts to his old nature AFTER the structure in the closing storyTELLING.

An example of this occurs in the James Bond film, “On Her Majesty’s Secret Service.” This is the only Bond film in which 007 actually changes. Here, he has finally found love which has filled the hole in his heart that previously drove him. He resigns the force and gets married. End of structure. Then, in additional storytelling, his wife is killed by the villain, and his angst is restored so good ol’ James Bond can return just as he was in the next sequel.

Each of these kinds of characters may be aware that he or she is flirting with change or may not. They may simply grieve over their situations, or just breeze through them, not considering how they might be changing in either case. Each of these characters may arrive at a Leap of Faith where they must make a conscious decision to do things the same way or a different way, or each may arrive at a Non-Leap of Faith story conclusion, where they never even realize they have been changed, they just are. The important thing is that the AUDIENCE know if the Main Character has changed or not. Otherwise, they cannot evaluate the results of the dramatic argument.

There are many ways to Change or Not to Change. If you avoid getting stuck in a simply linear progression with a binary choice, your characters will come across as much more human and much more interesting.

Describe characters from a story you have written or are planning to write, whether they change or remain steadfast, and what aspect of their natures is changed or not. Then, select one of the basic character arcs that are listed above for each character. Finally, describe the events or interchanges with other characters that mark key points along the selected arc for each character. 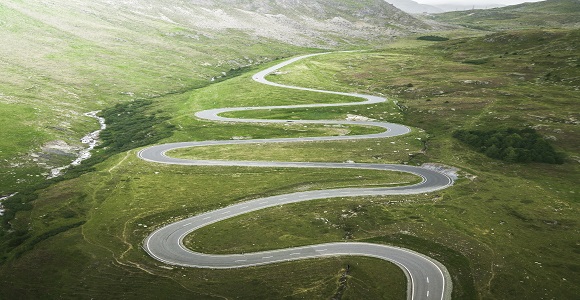