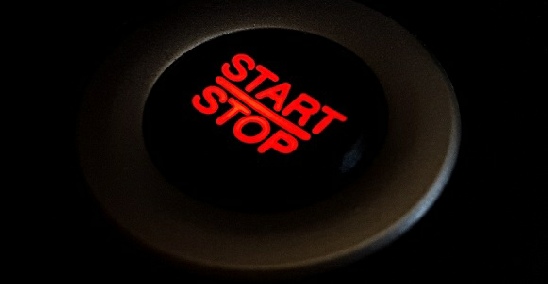 The second of these is called Main Character Growth, and it is a structural choice between characters who grow by beginning new behavior (start) or by ending old behavior (stop).

If the story concerns a Main Character who Changes, he will come to believe he is the cause of his own problems (that's why he eventually changes). If he grows out of an old attitude or approach (e.g. loses the chip on his shoulder), then he is a Stop character. If he grows into a new way of being (e.g. fills a hole in his heart), then he is a Start character.

If you want to emphasize that the remedy to the problems has to begin, choose "Start."

Whether a Main Character eventually changes his nature or remains steadfast, he will still grow over the course of the story. This growth has a direction. Either he will grow into something (Start) or grow out of something (Stop).

As an example we can look to Scrooge from Charles Dickens' A Christmas Carol. Does Scrooge need to change because he is excessively miserly (Stop), or because he lacks generosity (Start)? In the Dickens' story it is clear that Scrooge's problems stem from his passive lack of compassion, not from his active greed. It is not that he is on the attack, but that he does not actively seek to help others. So, according to the way Charles Dickens told the story, Scrooge needs to Start being generous, rather than Stop being miserly.

A Steadfast Main Character's make up, in contrast, does not change in nature. He grows in his resolve to remain unchanged. He can grow by holding out against something that is increasingly bad while waiting for it to Stop. He can also grow by holding out for something in his environment to Start. Either way, the change appears somewhere in his environment instead of in him.