Dramatica:
A New Theory Of Story
By Melanie Anne Phillips
and Chris Huntley

A Range is the thematic focus of a throughline. The focus, when explored with its counterpoint and then coupled with a conclusion, creates a premise. A throughline's Range is found at the Variation level of the thematic structure. Variations, as part of the balanced structure, do not provide value judgments to thematic foci as to whether they are good, bad or indifferent. These interpretations are deciphered by the audience from the interaction of all the dynamics of a story. For example, whether or not the Main Character succeeds or fails can have a big influence on the value of a thematic focus, even though success and failure are not Variations.

Focus and Point of View

An author might select the Variation "Morality" as the thematic focus, making the thematic conflict Morality vs. Self-Interest. But which is better between the two? Both are. And both are worse. It really depends on the context. The author's message might be to speak out in favor of putting others first, or that one must first take care of oneself before one can help others. Either point of view can be argued, as long as it is argued completely and makes sense in context.

Because it is simply the point of focus, one might argue for a Range of Morality by either showing that Morality is a good thing or that Self-interest is bad. Of course, both Variations will take their turn at the forefront in the exploration of the pair, yet one will seem to be the pivot point around which the throughline revolves. Is the throughline's message about Morality or about Self-Interest? The answer to that question determines the thematic Range.

Although the exploration of a thematic focus will develop nuance and detail, the focus itself (as well as the thematic counterpoint) must be pure so the issues at stake are clear. This provides a balanced, delineated argument at the heart of the thematic exploration, much as there must be a clear storyform at the heart of the storytelling. To accommodate this need for clarity, one must zero in on the specific Range at the heart of a throughline's argument. With so much balance involved, choosing the right one for your story is not always an easy thing to do. There is a method one can apply, however, that makes it a bit easier and even rather fun.

As described earlier in the section on Theme, there are 64 Variations, grouped into four sets of 16. Each set has four quads as illustrated below. We can start by selecting a set, then a quad, then a conflict and finally a Range, similar to the manner in which we originally explored the thematic structure by starting with the broad stroke Classes and then sub-dividing each into Types, then Variations, and finally Elements.

Perhaps the easiest way to get a feel for one's theme is to take each quad by itself, and experience the four Variations all at once to get a sense of the relationships between them. In the Morality/Self-Interest quad, for example, the other two Variations are Approach and Attitude. It is the nature of these Variations that the good or bad nature of one pair will be measured by the other pair. In this case, if either Morality or Self-Interest was selected as the focus, the contrast between them would be measured in terms of Attitude and Approach. If Attitude and Approach were to be explored, they would be measured by Morality and Self-Interest.

Now, think of the sixteen Variations in that set as four groups of four. Each group is called a quad, and has a unique flavor that defines the four Variations in it as being part of the same family. Consider all four quads in the set, getting a feel for each one. Then zero in on the quad that best exemplifies the family of subject matter you wish to address in that throughline.

In this manner, you can begin with a feeling and end up with a specific dramatic choice that will affect not only theme, but character and plot as well.

A Bridge between Subjective and Objective...

The Main Character need not be the source of the problem, but might contain the Element crucial to the solution. This is why it is so easy to make the Protagonist the Main Character. The Protagonist is pursuing the Objective Story goal already; why not have him pursue the subjective one as well? If he is taking the correct approach in the author's view, he contains the solution. If he is taking the incorrect approach, he contains the problem. Either way, the Main Character, as Protagonist or not, is the linchpin that holds the Objective and Subjective Stories together.

The act of pursuing a goal and being crucial to achieving it are two completely different things. For example, it might be the Main Character's insight or resolve that spurs the Protagonist on to success or distracts it into failure. Either way, the Main Character precipitates the outcome of the story by changing or by remaining steadfast in regard to that crucial Element.

In the quad of Elements containing the Problem Element, there is also its counterpart, the Solution Element, which is indeed the solution to that particular problem. There are also two remaining Elements in the quad: the Focus and the Direction. If the Problem is a disease and the Solution the cure, then the Focus is the primary symptom of the story's problem and the Direction is that symptom's most appropriate treatment.

As indicated, Main Characters do not have to contain the Element that is the cause of the problem. But if they do not contain the Problem Element, they will contain one of the other Elements in this crucial quad.

Focus is simply descriptive of what the Main Character believes the problem to be; Direction is what they feel the solution is. So, for every actual Problem and Solution, there is a corresponding Focus and Direction. Which Element is focus and which is direction is determined by other dynamics at work in the story.

Change Characters and the Crucial Element

Steadfast Characters and the Crucial Element

The real essence of the Crucial Element is that the Main Character is responsible for either getting rid of something undesirable or obtaining something desirable, either within himself or in his environment. If accomplished, the Main Character restores equilibrium and both the Objective and Subjective problems are resolved.

Wrapping Up The Selection Of Appreciations

We could write endlessly on how to evaluate each appreciation. But in truth, there is no mechanical way to make these choices. Any choice is just as good as any other. It is only when the author's feelings and intents come into play that one selection proves better than another.

Understanding which appreciations have the greatest influence on others goes a long way to helping an author make appropriate choices that keep his message and the feelings generated by his story's structure consistent. Still, such considerations are intuitive in nature, and when intuition fails, it helps to employ the model of the relationships between appreciations contained in the Dramatica software.


Proceed to the Next Section of the Book-->


How to Order Dramatica: A New Theory of Story

Back to the Table of Contents

Back to the Dramatica Home Page 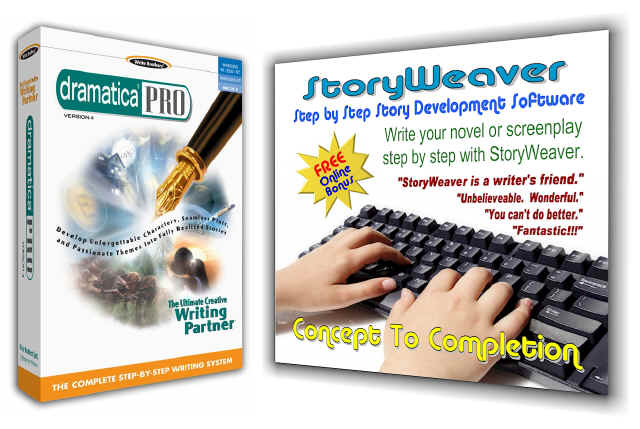